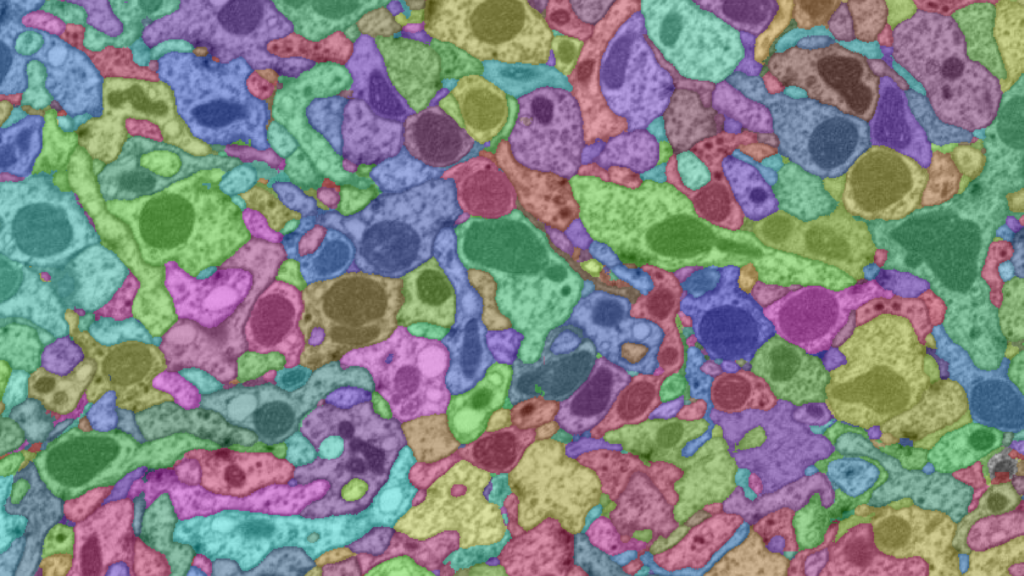 Particle physicists are used to popping champagne corks when they make discoveries at lilliputian scales, but now it’s neuroscientists’ turn. After 12 years and more than $40 million, an eclectic team of 100 biologists, computer scientists, and neuronal proofreaders announced on Wednesday that they have mapped the “connectome” in the central region of the poppy-seed-sized brain of a fruit fly, working out the precise meanderings of 25,000 neurons and their 20 million connections.

The neural map covers one-third of the fly brain, making it the largest connectome, or wiring diagram, ever worked out; besides its 20 million synapses, the precise characterization of more than 4,000 cell types makes it the most detailed. All told, the feat by researchers at Google and the Janelia Research Campus of the Howard Hughes Medical Institute amounts to a big “told you so” to skeptics who said it couldn’t be done this soon, this inexpensively, or this well.

Outcomes Superior for HM3 LVAD Regardless of Preimplant Strategy

Are Banana Peels Edible? Benefits And Downsides Of Eating Them