Facebook has become a new world superpower but, instead of nukes, it combines technologies to accelerate disruption and expand its influence at a scale we simply can’t grasp. 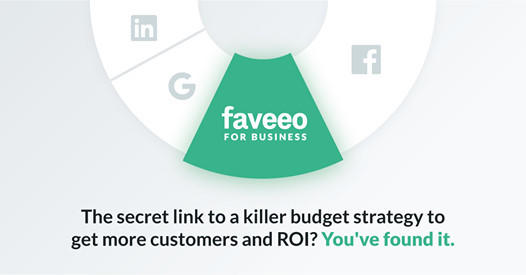 Daphne then gave a whirlwind tour of the initial results that her startup has achieved so far, and then concluded with a philosophical reflection on the progression of science: there were periods where one or two fields were able to make incredible amounts of progress over a short period of time:…

DeepMind: The Podcast – trailer By DeepMind Over the past 12 months, mathematician and broadcaster Hannah Fry has explored DeepMind’s headquarters in London to get an inside look at artificial intelligence (AI) research and where it is going.

Artificial intelligence offers a huge opportunity for businesses, the economy and society, but significant questions are being raised about the ethical issues surrounding this technology.

A new curriculum designed for middle school students aims to help them understand just that at an early age, as they grow up surrounded by the technology.

AI ethics in the spotlight

Concerns about AI’s negative impact have prompted a surge of pledges, guidelines and research initiatives aimed at ensuring the technology delivers human-centric outcomes.

In 2020, let’s stop AI ethics-washing and actually do something

Further Reading Machine learning can offer new tools, fresh insights for the humanities In a paper posted to the physics arXiv in September, Anthony Bourached and George Cann of the University College London described how they employed machine learning to reconstruct a full-color image of Picasso’s…

Worldwide Spending on Cognitive and Artificial Intelligence Systems Will Grow to $19.1 Billion in 2018, According to New IDC Spending Guide

Powerful Use Of AI In Customer Service

Chatbots Artificial Intelligence is redefinesthe customer service standardswith the use of advances chatbots.
With chatbots, powered by AI, answers can be found automatically for a large number of customer questions,better and quickerthan by the call centre employees.

The surveillance camera commissioner, Tony Porter, said he received requests for guidance all the time from public bodies which do not know where the limits lie when it comes to the use of facial, biometric and lip-reading technology.

A flick of a joystick with my left thumb sends the quadruped forward and backward and side to side, while my right thumb turns it left and right, motors whirring with each deft step.

In this week’s news mix: cobot grills hot dogs, Asian Robotics Review’s ‘cobots to watch’ in 2020 and ABB’s year in review.
Eagle-eyed patent watchers discovered a Chinese patent this week describing a rover-type bot fitted with a camera and stabilizer.

50+ Reasons Our Favorite Emerging Technologies Had an Amazing 2019

While that may be the case for traditional chips, specialized chips and entirely new kinds of computing are waiting in the wings.
Specialized chips continue to take aim at machine learning.

This dataset is unbalanced with more non-spam data points (4827 samples) compared to spam data points (747 samples).
The program is based on open source Java based deep learning framework — DeepLearning4J (DL4J).

Machine Learning & Robotics: My (biased) 2019 State of the Field

The post is no doubt a biased sample of what I think is progress, but I hope it stimulates discussion about which subfields evolved or what priorities unexpectedly shifted in 2019.

He also discusses a host of topics from randomness and convex optimization to metrical task systems and log n competitiveness to the surprising connection between Gaussian kernels and what he calls some of the most beautiful objects in mathematics.