This obituary by Frank Jülicher was recently published in Development

Suzanne Eaton, Professor at the Technical University Dresden and Group Leader at the Max Planck Institute of Molecular Cell Biology and Genetics in Dresden, tragically died on 2 July 2019. Suzanne was a remarkable person, both as a scientist and as a human being. Having worked closely with Suzanne for many years, I remember here some of her key scientific contributions.

Suzanne truly loved science and was driven by a deep curiosity for nature. She was an exceptional scientist with a taste for profound and fundamental problems in biology, and she embraced novel, original and interdisciplinary approaches. Indeed, Suzanne was a pioneer in quantitative approaches to tissue morphogenesis and a leader in the field, bridging scales from cell biology to tissue dynamics. With her fast wit and broad knowledge, she inspired colleagues, co-workers and students alike. Working with her was always a joyful experience, playful and deeply enlightening. Suzanne was also a sophisticated piano player and she had a black belt in Taekwondo. As one of Suzanne’s close collaborators over the past 15 years, it has been a true privilege for me to have interacted with her on a number of exciting problems and to have had weekly joint group meetings with a broad and interdisciplinary spirit. 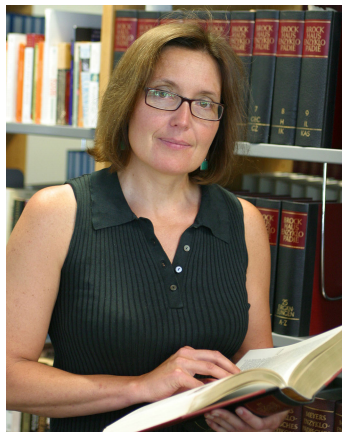 Born in Oakland, California, Suzanne did her PhD at UCLA in the group of Kathryn Calame. During her PhD, Suzanne worked on the transcriptional regulation of immunoglobulin heavy chain genes (Eaton and Calame, 1987). She then moved to the lab of Tom Kornberg at UCSF, where she worked on the fruit fly Drosophila melanogaster and began to investigate fundamental aspects of Hedgehog signalling. Suzanne discovered that Hedgehog is a membrane-associated signalling molecule and that its expression is confined to posterior compartment cells (Tabata et al., 1992). In 1993, Suzanne moved to EMBL in Heidelberg to the lab of Kai Simons. There, she investigated planar cell polarity in epithelial tissues and revealed how Rho family GTPases play a role in polarizing the actin cytoskeleton and regulating cell shape changes in the fly wing epithelium (Eaton et al., 1995).

In 2000, Suzanne moved to Dresden to help set up the newly founded Max Planck Institute of Molecular Cell Biology and Genetics. In this environment, her research flourished as she became a leader in a new field that brought together cell and developmental biology. She was curious about how morphogens such as Hedgehog and Wnt/Wingless that spread in a tissue over distances could be found tightly associated with membranes. She discovered that these morphogens travel while associated with membranous particles, which move between cells and act as vehicles for morphogen transport (Greco et al., 2001). She further established that these membranous particles are lipoprotein particles (Panáková et al. 2005).

Suzanne then became fascinated by the geometry of cell packing, which appears to be random but at the same time exhibits different types of order and structural features. She thus investigated the mechanisms that govern cell neighbour numbers and the establishment of hexagonal packing in epithelia, revealing a role for planar cell polarity proteins in this process (Classen et al., 2005). This interest in cell packing geometries and cell polarity patterns triggered stimulating discussions about the role of forces and cell mechanics in morphogenesis, which in turn brought about a fruitful, long-lasting and inspiring collaboration between our research groups. A first step in this collaboration was the development of vertex models that capture the forces that define cell shapes. By comparing experiment and theory, key parameters that characterize biophysical properties of cells could be inferred and a general mechanism for the emergence of hexagonal cell packing was identified (Farhadifar et al., 2007). Live imaging over extended periods of time then permitted Suzanne to quantify cell movements, cell flow patterns and dynamic patterns of planar cell polarity over time during Drosophila pupal development. These observations revealed that planar cell polarity patterns in the tissue are reoriented by cell flow and tissue shear. This provided new insights into the role of cell flow in shaping patterns during morphogenesis (Aigouy et al., 2010). Looking at cell polarity patterns at early and late time points in the wing imaginal disc revealed how planar cell polarity patterns that are aligned over large distances could emerge in a tissue. At early time points, cell polarity is oriented in random directions. Groups of cells then locally align their polarity with the help of signals at compartment boundaries, while the tissue is still small. This aligned pattern is then extended over larger scales by tissue growth (Sagner et al., 2012).

Another key question that Suzanne addressed is how the fly wing takes on its final shape. Interestingly, mutants of the protein Dumpy, which links the tissue to the extracellular matrix, exhibit strongly misformed wings. Live imaging of wing development in dumpy mutants revealed that mechanical attachments at the tissue margin have a direct and strong influence on final tissue shape. It was shown that the wing is shaped inside the pupa by an active mechanical process that involves tissue contraction and tissue flow, which depend on patterns of mechanical boundary attachments (Etournay et al., 2015).

Suzanne’s discovery that signalling molecules such as Hedgehog are transported over distances by lipoprotein particles, which are also carriers of lipids, led her to bridge the field of morphogenesis with that of metabolism. She therefore started a research programme to investigate metabolic regulation and the complex interplay between metabolism, growth and development. She discovered that Drosophila lipoproteins generated in the fat body (a structure playing a role similar to that of the liver) provide signals about the nutritional status of the organism that are sent to the brain where they accumulate. In the brain, in turn, insulin-like peptides are secreted to regulate insulin signalling. Surprisingly, lipoproteins accumulate in the brain if the fly is on a yeast diet but not when it is on a plant-based diet. In this case, flies develop and grow more slowly, and live longer, as a consequence of different insulin signalling despite the calorimetric food content being the same. This work thus provided fascinating insights into the regulation of metabolism under varying diets (Brankatschk et al., 2014).

What could be the adaptive roles of different diets? In a very beautiful paper, Suzanne and her team investigated the effects of plant food compared with yeast food on the survival of Drosophila larvae and adults at different temperatures (Brankatschk et al., 2018). They showed that whereas flies growing in warm temperatures prefer yeast food, they prefer plant food when they are maintained at cold temperatures. Furthermore, flies on a plant diet can survive cold temperatures at which flies that are kept on a yeast diet will die. Thus, the choice of the appropriate food is important for survival during winter periods in temperate climates. A key difference between plant and yeast food is the ability of plants to produce polyunsaturated fatty acids. Suzanne and colleagues showed that the difference in diet leads to different lipid composition of membranes. Membranes of larvae on a plant diet maintain fluid properties and exhibit disordered membrane organization at lower temperatures, suggesting that these membrane biophysical properties are modulated by nutrition and are important for survival in the cold.

Remembering her contributions reveals the immense breadth of Suzanne’s work and her ability to bridge different fields and disciplines when addressing important questions in biology. Her work is characterized by very original and deep studies using strong quantitative approaches. She always looked at fundamental problems from new angles and thus made important and surprising discoveries. Her loss leaves a gaping void, and her sharp intellect and warm personality are missed tremendously.

Suzanne Eaton has also been remembered in Nature Cell Biology, Cell, eLife, the MPI-CBG and EMBL.

7 steps to pass, or better yet avoid, an OCR security audit