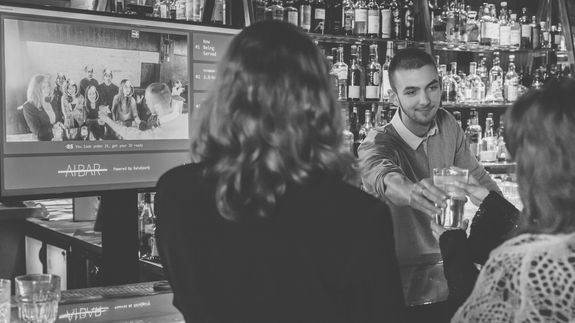 The latest item to qualify in the “the Dystopian Future Is Now” category is a system that aims to help bartenders keep track of their customers with facial recognition and AI.

There’s just one teensy problem: Bartenders are really, really not into it.

The British company DataSparQ announced the launch of the “A.I. Bar” Thursday. It works by using cameras and sensors to place people who come up to the bar in a queue; it’s like a digital “take a number” system, but based on facial recognition.

People can see where they are by viewing themselves on a screen (with a number above their head, depicting their place in line). Bartenders will know who to serve by consulting a tablet that has pictures of all the people, in order of who they should serve first. It’s supposed to also help bartenders keep track of whose ID needs to be checked. Read more…

Opinion: Five things I wish I knew earlier in my journey with chronic pain