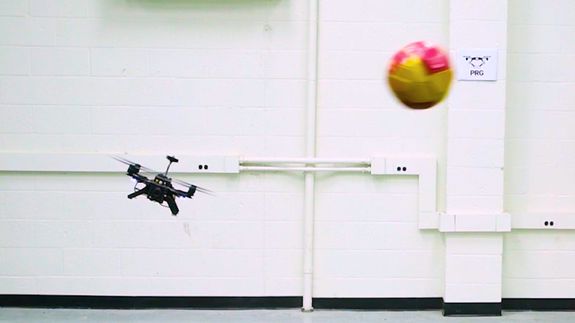 Researchers at the University of Maryland and the University of Zurich equipped a drone with event cameras and a sonar system to make it capable of detecting and dodging objects thrown at it. This technology could help drones and birds safely co-exist in the sky and it could also prove useful for law enforcement and military drones, which are susceptible to attacks.

In their paper, titled “EVDodge: Embodied AI for High-Speed Dodging on a quadrotor using event cameras,” it is stated that the system has an overall success rate of 70 percent. Read more…