“We need someone like Brighterion who’s dynamic enough to be able to adapt as quickly as we need to adapt to those changes.” 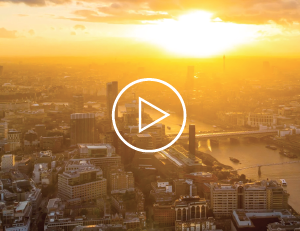 As Global Head of Transaction Monitoring for the world’s largest payment processing company, Ian Belsham was looking for a new fraud and anti-money laundering monitoring system before London’s 2012 Olympics, where they would process cash to hundreds of merchants for goods and services. Upon meeting the Brighterion team, he knew artificial intelligence (AI) was the next logical step for Worldpay’s financial security technology.

The previous system was “clunky,” he says, and “massively ineffective.” He knew Brighterion AI was the right solution when he learned it would allow Worldpay to manage their own models and their own AI.

“That was a whole new concept for Worldpay” Belsham says. “It was nerve racking, I think is fair to say, and exciting because there was an opportunity that we might be able to do something way more efficiently than we’d done previously, and actually be more effective.”

Using the AI Express implementation method, Brighterion quickly built the anti-money laundering model using Worldpay’s historical data. It didn’t take long for the results to start coming in and Worldpay to roll Brighterion AI out across other business purposes.

“The trick to artificial intelligence, without any shadow of a doubt, is historic data. The money laundering solution came first, then we rolled it out to the fraud monitoring solution, then credit monitoring.”

Belsham notes that his team could easily see the superior results over rules-based monitoring systems. “As an example, on a rules-based-only system, you may have to generate 50 alerts to find that one fraud,” he says. “With an artificial intelligence system, it will only need to generate maybe two or three to find that one fraud because it’s looking for unusual activity against what it’s seen historically for that type of merchant.”

Another benefit is the depth of information that Brighterion AI delivers. Belsham says they appreciate that “you can look at things such as the geographic location, the time the transaction’s done, the type of transaction, the type of card. It was dynamic, so we could actually make changes really quickly and easily, which meant we could be proactive as well as reactive, which is exactly where we needed to be. That’s when the power of the Brighterion system could really be seen to us.”

Creating a good product is only part of successfully working together. As Belsham notes, Worldpay and Brighterion “have a fantastic relationship. Brighterion really gets our business. It understands what we do and how we’re doing it. The support that we get from Brighterion is really second to none. Brighterion’s always been really great at being able to say, let’s find a solution. Let’s find a way we can do that.”

As Brighterion and Worldpay continue to work together, the models grow stronger through continuous data collection and understanding the following actions. This is where Brighterion AI’s real-time reporting proves its value. As Belsham notes, the world is moving to real-time processes where faster payments are in demand.

“So, whilst AI may be elite in terms of businesses that have never used it, it works exceptionally well for Worldpay,” Belsham says.

“Worldpay is massively bigger than it was in 2011. Part of the business case was scalability and we could see how we could expand with the Brighterion system and the fact that we could start putting more and more through,” Belsham says.

Brighterion’s scalability was recognized by the Aite Group, the leading analysts of financial services technologies, who named Brighterion the most scalable AI platform used for anti-money laundering, citing the 62,000 transactions per second, which is more than 2x that of the nearest competitor.

“The payments industry is changing, and it’s changing rapidly,” Belsham says. “We need someone like Brighterion who’s dynamic enough to be able to adapt as quickly as we need to adapt to those changes.

“We’re rolling Brighterion out worldwide as the new Worldpay, so hopefully that speaks for itself.”

Sign up to receive our blog posts directly to your inbox

The post Worldpay: Powerful AML, fraud and credit risk monitoring in 20B+ transactions a year appeared first on Brighterion.

Is Behavioral Economics in Healthcare The Key to Future Patient Compliance?