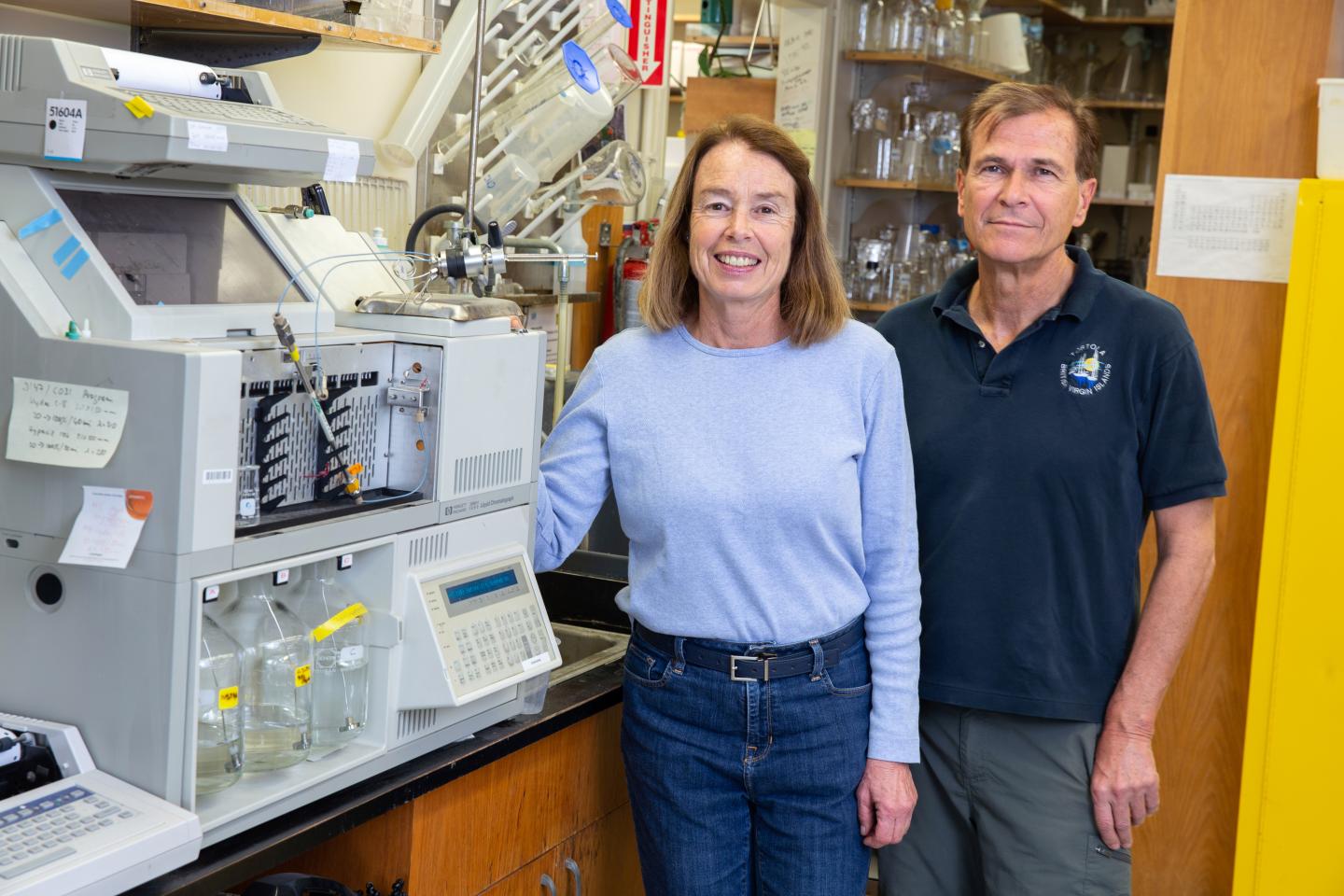 LA JOLLA–(February 20, 2019) The medicinal powers of aspirin, digitalis, and the anti-malarial artemisinin all come from plants. A Salk Institute discovery of a potent neuroprotective and anti-inflammatory chemical in a native California shrub may lead to a treatment for Alzheimer’s disease based on a compound found in nature. The research appears in the February 2019 issue of the journal Redox Biology.

“Alzheimer’s disease is a leading cause of death in the United States,” says Senior Staff Scientist Pamela Maher, a member of Salk’s Cellular Neurobiology Laboratory, run by Professor David Schubert. “And because age is a major risk factor, researchers are looking at ways to counter aging’s effects on the brain. Our identification of sterubin as a potent neuroprotective component of a native California plant called Yerba santa (Eriodictyon californicum) is a promising step in that direction.”

Native California tribes, which dubbed the plant “holy herb” in Spanish, have long used Yerba santa for its medicinal properties. Devotees brew its leaves to treat respiratory ailments, fever and headaches; and mash it into a poultice for wounds, sore muscles and rheumatism.

To identify natural compounds that might reverse neurological disease symptoms, Maher applied a screening technique used in drug discovery to a commercial library of 400 plant extracts with known pharmacological properties. The lab had previously used this approach to identify other chemicals (called flavonoids) from plants that have anti-inflammatory and neuroprotective properties.

Through the screen, the lab identified a molecule called sterubin as Yerba santa’s most active component. The researchers tested sterubin and other plant extracts for their impact on energy depletion in mouse nerve cells, as well as other age-associated neurotoxicity and survival pathways directly related to the reduced energy metabolism, accumulation of misfolded, aggregated proteins and inflammation seen in Alzheimer’s. Sterubin had a potent anti-inflammatory impact on brain cells known as microglia. It was also an effective iron remover–potentially beneficial because iron can contribute to nerve cell damage in aging and neurodegenerative diseases. Overall, the compound was effective against multiple inducers of cell death in the nerve cells, according to Maher.

“This is a compound that was known but ignored,” Maher says. “Not only did sterubin turn out to be much more active than the other flavonoids in Yerba santa in our assays, it appears as good as, if not better than, other flavonoids we have studied.”

Next, the lab plans to test sterubin in an animal model of Alzheimer’s, then determine its drug-like characteristics and toxicity levels in animals. With that data, Maher says, it might be possible to test the compound in humans, although it would be critical to use sterubin derived from plants grown under standardized, controlled conditions. She says the team will likely generate synthetic derivatives of sterubin.

This work was supported by the National Institutes of Health, the Edward N. & Della Thome Memorial Foundation and the Paul F. Glenn Center for Aging Research at the Salk Institute.

About the Salk Institute for Biological Studies:

Every cure has a starting point. The Salk Institute embodies Jonas Salk’s mission to dare to make dreams into reality. Its internationally renowned and award-winning scientists explore the very foundations of life, seeking new understandings in neuroscience, genetics, immunology, plant biology and more. The Institute is an independent nonprofit organization and architectural landmark: small by choice, intimate by nature and fearless in the face of any challenge. Be it cancer or Alzheimer’s, aging or diabetes, Salk is where cures begin. Learn more at: salk.edu.

Learned Helplessness as a Contribution to the Ubiquitous, Harmful Acceptance of Aging