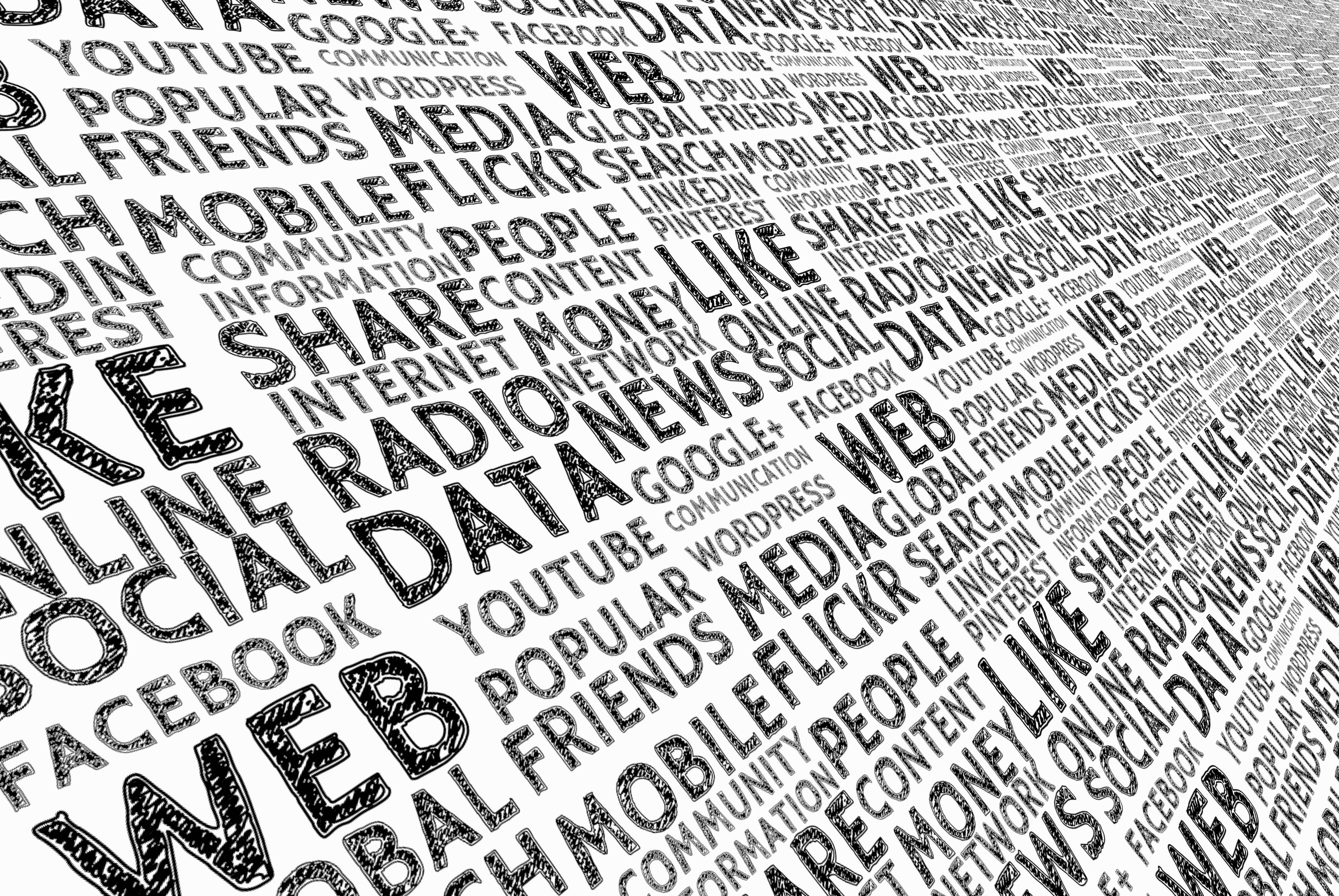 Word embedding discussion is the topic being talked about by every natural language processing scientist for many-many years, so don’t expect me to tell you something dramatically new or ‘open your eyes’ on the world of word vectors.
I’m here to tell some basic things on word embedding and describe the most common word embedding techniques with formulas explained and code snippets attached.
So, as every popular data science book or blog post should always say after introduction part, let’s dive in!
Informal definition
As the Wikipedia will point out, word embedding is:
‘the collective name for a set of language modelling and feature learning techniques in natural language processing (NLP) where words or phrases from the vocabulary are mapped to vectors of real numbers’.
Strictly speaking, this definition is absolutely correct but gives not-so-many insights if the person reading it has never been into natural language processing or machine learning techniques. Being more informal, I can state that word embedding is -
the vector, which reflects the structure of the word in terms of morphology (Enriching Word Vectors with Subword Information) / word-context(s) representation (word2vec Parameter Learning Explained) / global corpus statistics (GloVe: Global Vectors for Word Representation) / words hierarchy in terms of WordNet terminology (Poincaré Embeddings for Learning Hierarchical Representations) / relationship between a set of documents and the terms they contain (Latent semantic indexing) / etc.
The idea behind all of the word embeddings is to capture with them as much of the semantical/morphological/context/hierarchical/etc. information as possible, but in practice one methods are definitely better than the other for a particular task (for instance, LSA is quite effective when working in low-dimensional space for the analysis of incoming documents from the same domain zone as the ones, which are already processed and put into the term-document matrix).
The problem of choosing the best embeddings for a particular project is always the problem of try-and-fail approach, so realising why in particular case one model works better than the other sufficiently helps in real work.
Word embedding is: ‘the collective name for a set of language modelling and feature learning techniques in natural language processing (NLP) where words or phrases from the vocabulary are mapped to vectors of real numbers’. - Wikipedia
In fact, reliable word representation with real-number vector is the goal we’re trying to approach. Sounds easy, isn’t it?
One-hot encoding (CountVectorizing)
The most basic and naive method for transforming words into vectors is to count the occurrence of each word in each document, isn’t it? Such an approach is called countvectorizing or one-hot encoding (dependent on the literature).
The idea is to collect a set of documents (they can be words, sentences, paragraphs or even articles) and count the occurrence of every word in them. Strictly speaking, the columns of the resulting matrix are words and the rows are documents.
The code snippet attached is the basic sklearn implementation, full documentation can be found here.
from sklearn.feature_extraction.text import CountVectorizer # create CountVectorizer object vectorizer = CountVectorizer() corpus = [ 'Text of first document.', 'Text of the second document made longer.', 'Number three.', 'This is number four.', ] # learn the vocabulary and store CountVectorizer sparse matrix in X X = vectorizer.fit_transform(corpus) # columns of X correspond to the result of this method vectorizer.get_feature_names() == ( ['document', 'first', 'four', 'is', 'longer', 'made', 'number', 'of', 'second', 'text', 'the', 'this', 'three']) # retrieving the matrix in the numpy form X.toarray() # transforming a new document according to learn vocabulary vectorizer.transform(['A new document.']).toarray()
For instance, to the word ‘first’ in the given example corresponds vector [1,0,0,0], which is the 2nd column of the matrix X. Sometimes the output of this method is called ‘sparse matrix’ as long as X has zeros as the most elements of it and has sparsity as its feature.
TF-IDF transforming
The idea behind this approach is term weighting. Having a large corpus of documents, words like ‘a’, ‘the’, ‘is’, etc. occur very frequently, but they don’t carry a lot of information.
Using one-hot encoding approach we see that vectors of these words are not-so-sparse, claiming, that these words are important and carry a lot of information if being in so many documents.
One of the ways to solve this problem is stopwords filtering, but this solution is discrete and not flexible to the domain zone we’re working with. 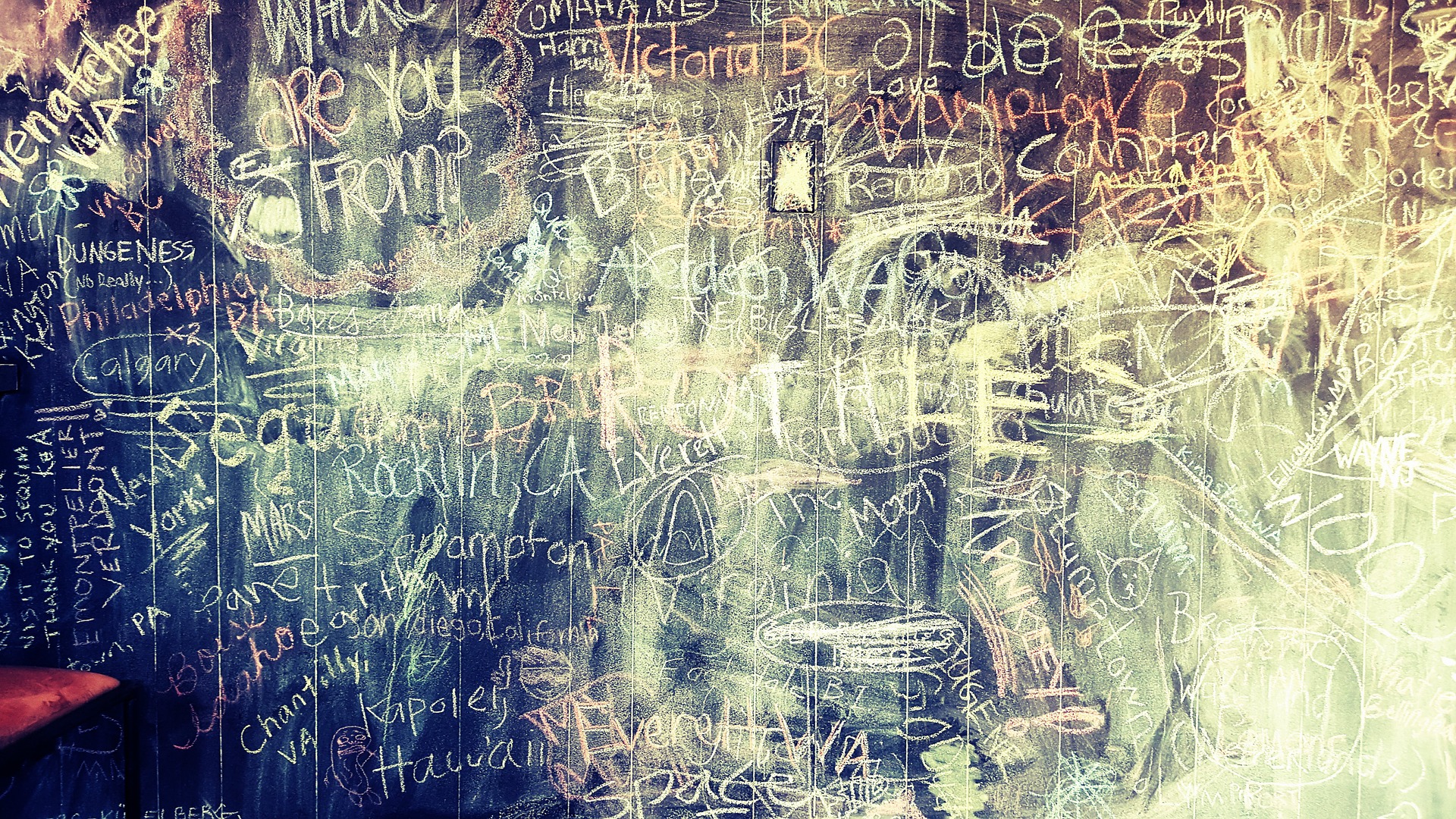 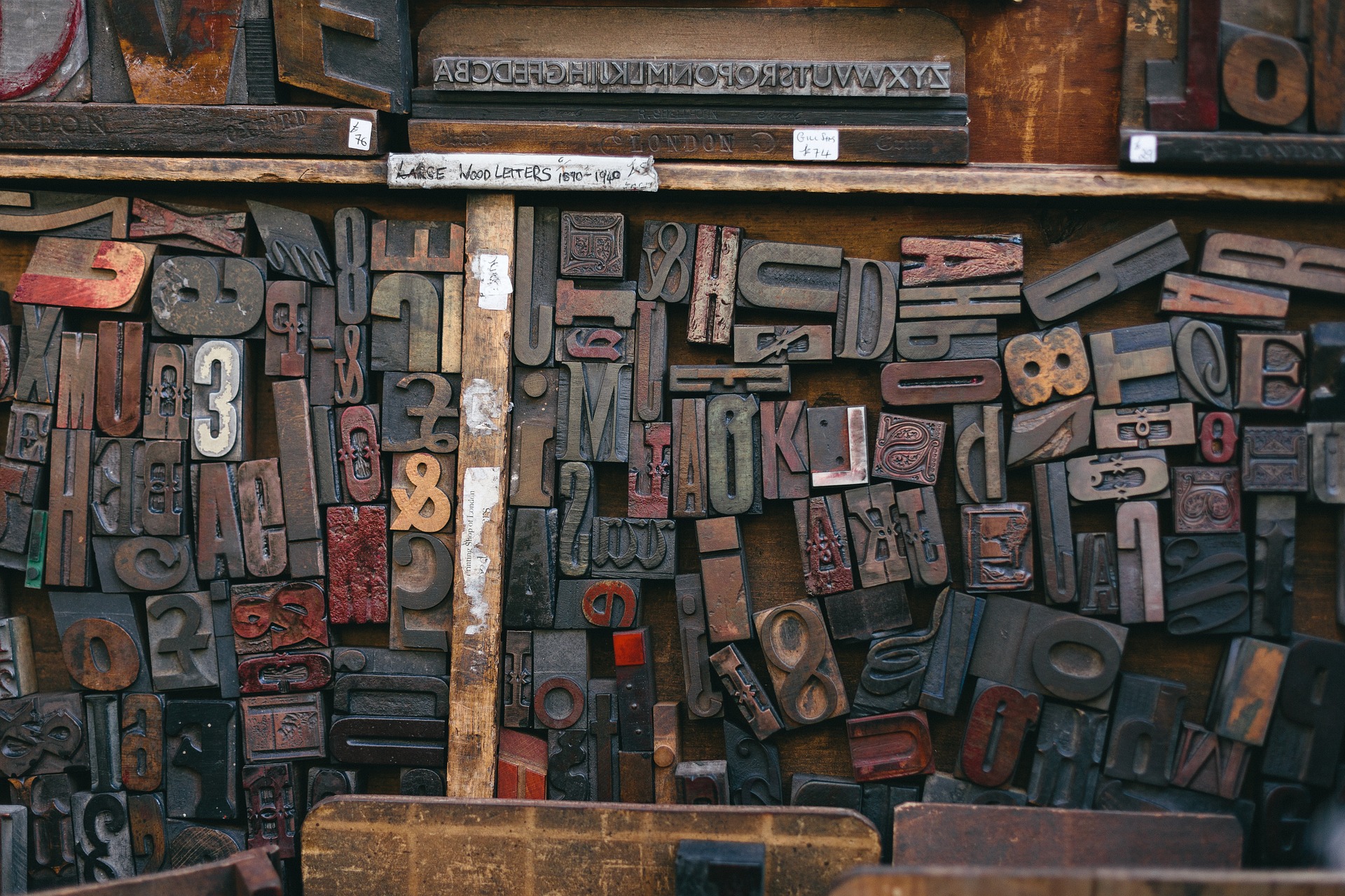 Ratios of co-occurrence probabilities are the appropriate starting point to begin word embedding learning. We first define a function F as: which is dependent on 2-word vectors with indexes i and j and separate context vector with index k. F encodes the information, present in the ratio; the most intuitive way to represent this difference in vector form is to subtract one vector from another: Now in the equation, the left-hand side is the vector, while the right-hand side is the scalar. To avoid this we can calculate the product of 2 terms (product operation still allows us to capture the information we need): As long as in word-word co-occurrence matrix the distinction between context words and standard words is arbitrary, we can replace the probabilities ratio with: and solve the equation: If we assume that F function is exp(), then the solution becomes: This equation does not preserve symmetry, so we absorb some terms into biases: Now our loss function we’re trying to minimize is the linear regression function with some of the modifications: where f is the weighting function, which is defined manually.
GloVe is also implemented with gensim library, its basic functionality to train on standard corpus is described with this snippet:
import itertools from gensim.models.word2vec import Text8Corpus from glove import Corpus, Glove # sentences and corpus from standard library sentences = list(itertools.islice(Text8Corpus('text8'),None)) corpus = Corpus() # fitting the corpus with sentences and creating Glove object corpus.fit(sentences, window=10) glove = Glove(no_components=100, learning_rate=0.05) # fitting to the corpus and adding standard dictionary to the object glove.fit(corpus.matrix, epochs=30, no_threads=4, verbose=True) glove.add_dictionary(corpus.dictionary)
FastText (Enriching Word Vectors with Subword Information)
What if we want to take into account morphology of words? To do so, we can still use skip-gram model (remember I told you that skip-gram baseline is used in many other related works) together with negative sampling objective.
Let us consider that we are given a scoring function which maps pairs of the (word, context) to real-valued scores. The problem of predicting context words can be viewed as a sequence of binary classification tasks (predict presence or absence of context words).
For the word, at position t we consider all context words as positive examples and sample negative examples at random from the dictionary.
Now our negative sampling objective is: The FastText model takes into account internal structure of words by splitting them into a bag of character n-grams and adding to them a whole word as a final feature. If we denote n-gram vector as z and v as output vector representation of word w (context word): We can choose n-grams of any size, but in practice size from 3 to 6 is the most suitable one.
All of the documentation and examples on FastText implementation with the Facebook library are available here.
Poincaré embeddings (Poincaré Embeddings for Learning Hierarchical Representations)
Poincaré embeddings are the latest trend in the natural language processing community, based on the fact, that we’re using hyperbolic geometry to capture hierarchical properties of the words we can’t capture directly in Euclidean space.
We need to use such kind of geometry together with Poincaré ball to capture the fact, that distance from the root of the tree to its leaves grows exponentially with every new child, and hyperbolic geometry is able to represent this property.
Notes on hyperbolic geometry
Hyperbolic geometry studies non-Euclidean spaces of constant negative curvature; for 2-dimensional hyperbolic space we see that area s and length l both grow exponentially with formulas: Hyperbolic geometry is designed that way that we can use the distance from the embedding space we create to reflect the semantic similarity of the words.
The model from the hyperbolic geometry we’re interested in is the Poincaré ball model, stated: where the norm we’re using is the standard Euclidean norm.
'The FastText model takes into account internal structure of words by splitting them into a bag of character n-grams and adding to them a whole word as a final feature'.
Poincare embeddings baseline
Consider our task to model a tree such that we do it in a metric space and the structure of it is reflected in the embedding; as we know, the number of children in the tree grows exponentially with the distance from the root.
Regular tree with branching factor b can be modelled in hyperbolic geometry in 2 dimensions, such that nodes l levels below the root are located on the sphere with radius l = r and nodes that are less than l levels below the root are located within this sphere.
Hyperbolic spaces can be thought as continuous versions of trees, and trees — as discrete hyperbolic spaces.
The distance measure between 2 embeddings we’re defining in hyperbolic space is: which gives us the ability not only to capture the similarity between embedding effectively (through their distance) but also preserves their hierarchy (through their norm), which we take from WordNet taxonomy.
We’re minimizing the loss function with respect to theta (element from the Poincaré ball, its norm should be no bigger than one): where D is the set of all observed hyponymy relations and N(u) is the set of negative examples for u.
Training details
1. Initialize all embeddings randomly from the uniform distribution 2. Learn embeddings for all symbols in D such that related objects are close in the embedding space 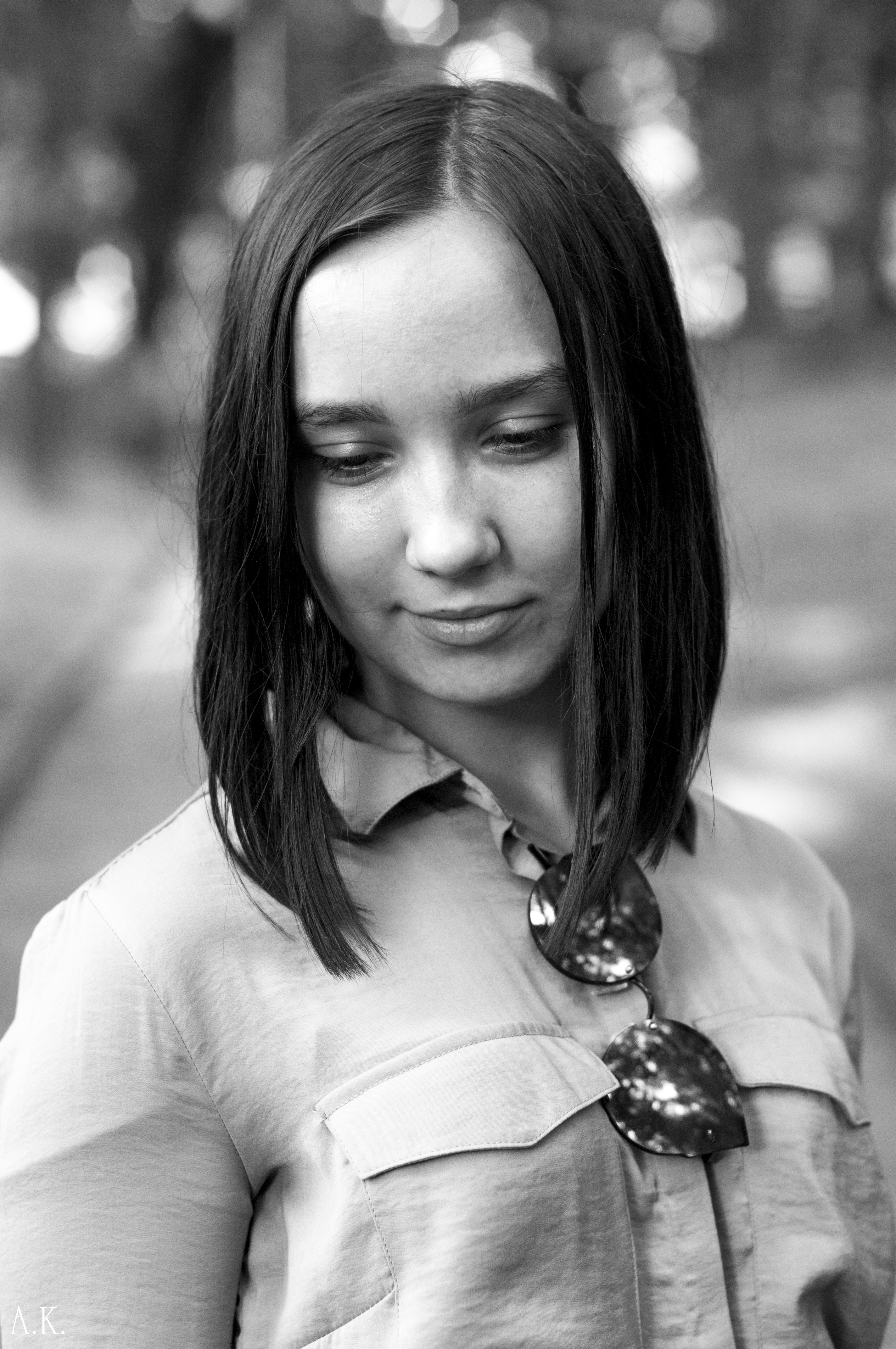 Ticagrelor May Be Less Effective for Migraine Relief Than Thienopyridines