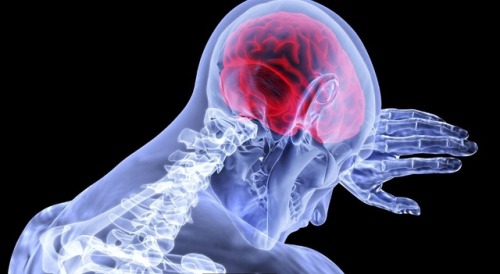 The personal experience of pain is highly variable among individuals,
even in instances where the underlying injury is assessed to be
identical.

Previous research has found some genetic factors influence pain
susceptibility, but methods to accurately predict pain level consequent
to medical intervention such as chemotherapy or surgery are lacking.

The objective of this study was to see if, from the resting brain
activity of a healthy individual, it was possible to predict how much
pain they would report once prolonged pain had been induced.

The researchers induced the pain using a capsaicin paste – an
ingredient found in hot chili peppers – to study participants’ left
forearm and then heated it. Topical capsaicin exposure induces ‘robust
thermal hyperalgesia’ - a common symptom in chronic pain. All 21
participants in the study were induced in a state of prolonged pain for
around an hour.

The researchers also recorded the activity of alpha brain waves
during the experience of pain, and if alpha frequency increased
(relative to the no-pain condition) the individuals reported to be in
less pain than when alpha pain decreased.

Co-senior author Dr Ali Mazaheri, of the University of Birmingham’s Center for Human Brain Health,
said: “Here we observe that an individual’s alpha frequency can be used
as a measure of an individual’s predisposition to developing pain.

“This has a direct relevance to understanding what makes an
individual prone to chronic pain after a medical intervention, such as
surgery or chemotherapy.

“Potentially this means we could be able to identify which
individuals are more likely to develop pain as a result of a medical
procedure and take steps early on in formulating treatment strategies in
patients likely to be predisposed to developing chronic pain.”

Dr David Seminowicz and Andrew Furman, of the University of Maryland in the US, were also authors of the report.

Andrew Furman said: “Alpha frequency has been found to be slower in
individuals who have experienced chronic pain. So the fact we observed
that the slowing down of alpha activity as a result of pain correlated
with the intensity of an individual’s pain report was not that
unexpected.

“What was very surprising though, was that prior to the pain - that
is pain-free alpha frequency - could predict how much pain individuals
would experience.

“This would suggest that it could be that the slowing of alpha
activity in the chronic pain patients, isn’t because of the pain, but
rather these individuals had slow alpha frequency to begin with, and as
such were more prone or vulnerable to developing pain.”

The research, published in Neuroimage, was also carried out in
collaboration with the Maryland Exercise and Robotics Center of
Excellence in the US.

Medical News Today: Is there a link between heartburn and gas?