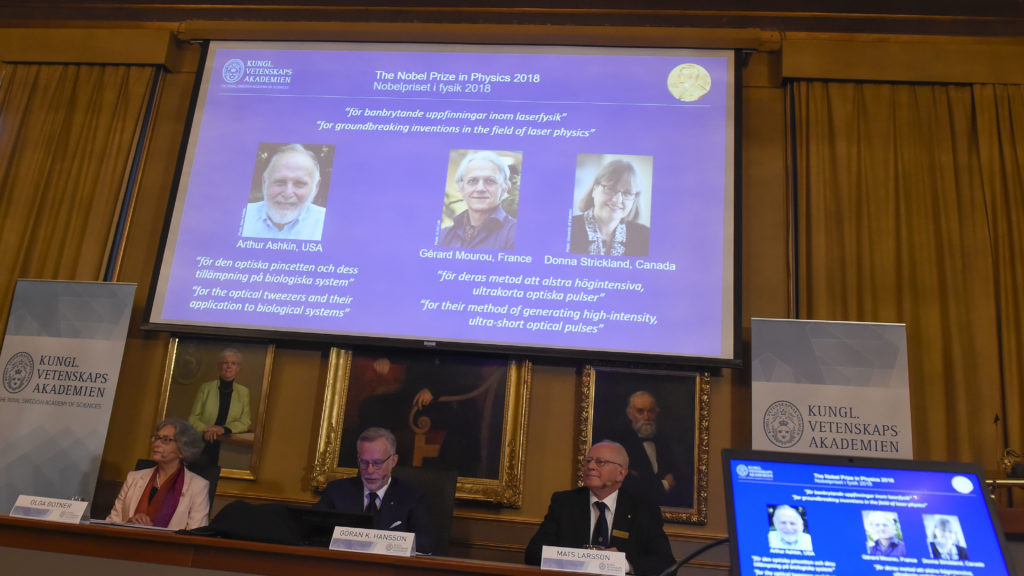 The 2018 Nobel Prize in physics was awarded to scientists who advanced the development of lasers into fields as different as eye surgery and manipulating objects as tiny as viruses and other living cells, the Royal Swedish Academy of Sciences announced on Tuesday in Stockholm.

American Arthur Ashkin of the old Bell Laboratories was awarded one half of the 9 million Swedish kronor ($1.01 million) prize for “optical tweezers,” and the other half went to France’s Gérard Mourou and Donna Strickland of Canada’s University of Waterloo for laser advances that were turned into the beams that correct nearsightedness.

The Benefits of Micro-Needling

Fall Food Favorites That Are Good for Your Teeth

What Are Health Benefits Of Avocado?