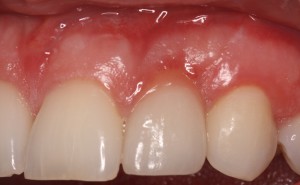 Bleeding or inflamed gums are one of the most serious dental problems a patient can experience. Possible causes of this condition include improper brushing, poor nutrition, and lack of dental care. Whatever the case, the solution is to see a dentist in Oklahoma City as soon as possible. Failing to do so could threaten the sufferer’s health and lead to debilitating or even life-threatening complications.

Possible causes of this problem include:

Many Possible Causes But Only One Real Answer

Whatever the cause of bleeding gums, the solution is to seek immediate dental care. A dentist can diagnose the underlying issue and offer a number of therapeutic options. These may include:

The dentist may also prescribe anti-inflammatory agents and pain blockers to manage associated discomfort. Long-term recovery will depend on the patient exercising better self-care habits.

Bleeding gums are one of the body’s most serious warning signs. See a dentist in OKC right away if you suffer from this problem. In almost all cases, prompt treatment can resolve the condition and help you to regain your smile.

Dr. Joe Isaacson is a graduate of the University of Oklahoma College of Dentistry. Oklahoma magazine rates him as one of OKC’s top dentists. You can reach his office online or by calling (405) 943-8575.

Consumer demand for time of use electricity tariffs: a systematized review of the empirical evidence

American Dental Association – May the 4th Be With You

The Effects of Thumb Sucking and Pacifiers – updated 2018