“Healthcare is the only industry that requires its highest-educated, lowest-supply professionals to perform data entry work.” You mean documenting what you do to care for your patients? I can’t think of a single other job where a person doesn’t have to demonstrate, one way or another, that they did their work in order to get a paycheck. (HIT Girl)

So England has gotten over the NPfIT systems implementation failure? At least enough to try something else? (Brian Too)

Maybe its just me, but CMS is completely tone deaf for frontline MDs. This latest salvo of a ‘remedy’ is yet another nightmare. More complex quality reporting, changing the name (AGAIN) to Promoting Interop instead of MU, ACI, etc. Requiring the exact same counting, numerators, denominators, attesting nightmare AND now adding in AUC the CMS answer to pre-auth of MRI CT etc. (Meltoots)

Regarding poll results – thank you for reporting on this even though it is not, strictly speaking, healthcare news. It’s important, both in the realm of politics as well as fly-by-night news stories trumpeting the latest poll results of private companies. Reminds me of the old joke – five out of six surveyed researchers say Russian Roulette is completely safe. (Cosmos)

Re: Epic’s growth is mostly due to its hospital customers acquiring more facilities. While true, one could also argue that their product makes it easier for organizations to consolidate on their platform. (RobLS)

Re: lifestyle information for sale by data brokers. It’s really sad that so many people are so clueless as to how they’re constantly being measured and scored and basically discriminated against. IMO, population health has nothing to do with helping populations, but rather being able to measure and score groups and then drill down to individuals so they can be ‘managed’ for profit. One day there will be a revolt and I suspect it won’t be pretty. (Blocked by Gurus) 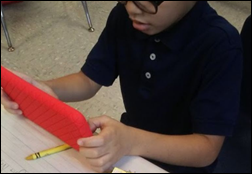 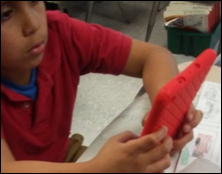 Readers funded the DonorsChoose teacher grant request of Ms. B in Georgia, who asked for tablets, a charging station, and magnetic tiles for her class’s STEAM time. She reports, “It feels like Christmas every time we have new ‘gifts’ brought to our class from DonorsChoose. I am so grateful for supporters like you. You truly understand the struggle that teachers face every day to provide our kids with great education. Technology is so important today and not just for playing video games. Teaching STEAM allows my kids to explore the world in our class. Thank you for being apart of my class and making learning fun.” 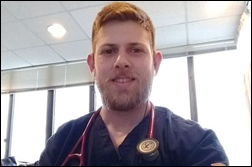 Montefiore Medical Center (NY) suspends a radiology resident pending an investigation after an anonymously written, blog-type article claims he is responsible for white nationalist writings that were published under a different name. The website Medium took down the article because it violated its policy against “doxxing” by including his home address, email, phone number, and links to his social media accounts. Netizens predictably took the article as gospel and rushed to judgment to get the “white supremacist doctor” fired after which Montefiore dutifully distanced themselves from him at least temporarily, raising interesting questions: (a) what if the article is wrong?, and if it is, then (b) who pays for his permanently harmed reputation? or, if it’s accurate, then (c) is it OK to fire someone for their off-the-job beliefs or writings, no matter how repugnant they might be? 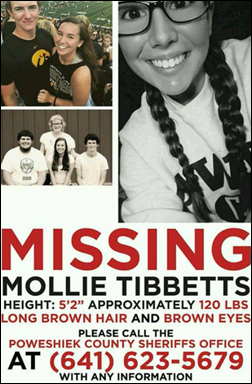 Investigators execute search warrants to obtain the Fitbit data and social media account logins of a missing 20-year-old University of Iowa student, hoping the FBI can find electronic clues to her disappearance.

The weirder Goop went, the more its readers rejoiced. And then, of course, the more Goop was criticized: by mainstream doctors with accusations of pseudoscience, by websites like Slate and Jezebel saying it was no longer ludicrous — no, now it was dangerous. And elsewhere people would wonder how Gwyneth Paltrow could try to solve our problems when her life seemed almost comically problem-free. But every time there was a negative story about her or her company, all that did was bring more people to the site — among them those who had similar kinds of questions and couldn’t find help in mainstream medicine … “I can monetize those eyeballs,” she told the students. Goop had learned to do a special kind of dark art: to corral the vitriol of the internet and the ever-present shall we call it cultural ambivalence about G.P. herself and turn them into cash.

A large-scale study finds that one in six Americans have a past-due healthcare bill on their credit report, 11 percent of them at age 27 after losing the option to remain covered by the health insurance of their parents. Medical debt drops at 45 years of age when 30 percent of people carry health insurance. 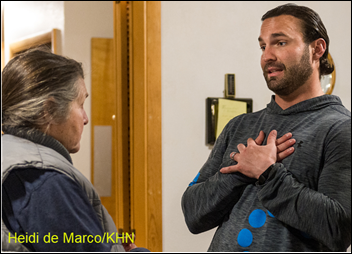 Surprise, CA worries about the future of its one-bed hospital that it voted to sell to a 34-year-old private investor from Denver who planned to use it for lab and telemedicine billing from his nutraceutical and lab companies. Beau Gertz hasn’t been around, websites for his businesses have been taken down, four of his former employees say everybody has been laid off, and his office landlord says the space is empty. 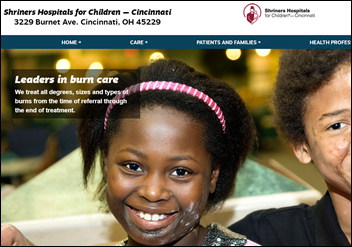 Cincinnati’s Shriners Hospital for Children, which treats only pediatric burns, says its future is uncertain since such burns are increasingly uncommon and outpatient treatment reduces the need for inpatient beds.

In Netherlands, the medical complaints board reprimands a doctor who asked the family of a nursing home resident with dementia to hold her down so he could administer a euthanasia IV drip after she refused to drink the sedative-containing coffee that was supposed to have been given first. Dutch law allows anyone over 75 years of age to participate in assisted suicide, but legal questions remain when the person’s mental status is unstable.

An opinion piece written by two doctors says that physicians aren’t experiencing “burnout” (PTSD-like symptoms of exhaustion and cynicism that suggest a failure of resilience) but rather “moral injury,” the lack of ability to deliver high-quality care as trained because of the health system’s patient-marginalizing requirements. They say,

In an increasingly business-oriented and profit-driven health care environment, physicians must consider a multitude of factors other than their patients’ best interests when deciding on treatment. Financial considerations — of hospitals, health care systems, insurers, patients, and sometimes of the physician himself or herself — lead to conflicts of interest. Electronic health records, which distract from patient encounters and fragment care but which are extraordinarily effective at tracking productivity and other business metrics, overwhelm busy physicians with tasks unrelated to providing outstanding face-to-face interactions. The constant specter of litigation drives physicians to over-test, over-read, and over-react to results — at times actively harming patients to avoid lawsuits.

Patient satisfaction scores and provider rating and review sites can give patients more information about choosing a physician, a hospital, or a health care system. But they can also silence physicians from providing necessary but unwelcome advice to patients, and can lead to over-treatment to keep some patients satisfied. Business practices may drive providers to refer patients within their own systems, even knowing that doing so will delay care or that their equipment or staffing is sub-optimal.

Mom-recorded video of a dad dancing to celebrate the discharge of his 15-month-old son from Children’s Hospital of Philadelphia after a 32-day stay for Down syndrome and leukemia lights up the Internet. Says father Kennith Thomas of Merchantville, NJ, “Don’t every look at a situation and think the worst. I want people to look at their situation and flip it and change the perspective.”

In Case You Missed It

Billy Becerra and the Unbearable Lightness of Grieving

Predictive models for identifying risk of readmission after index hospitalization for heart failure: A systematic review.